3. thanks to (positive situations 通常适用于结果好的时候)

therefore： 表示 ‘for this reason’ /‘because of this or that’

thereby： by that means， as a result of that

Obesity can be divided into three main causes – diet, lifestyle and education.

Another result is lack of self-esteem.

The correlation between population and housing price does not indicated causality, only the association.

This area is often overlooked but has a tremendous impacton your life.

Low income and elderly are among the potential causalfactors of prevalence of obesity among adults.

Measures other than ratings will prove more consequential.

Family is the most influential factor on happiness.

题目是：A rise in the standard of living in a country often seems to only benefit cities rather than rural areas. What problems might this difference cause? How might these problems be reduced?在一个国家，生活水平的提高似乎只会让城市而不是农村地区受益。这一差异会造成什么问题?如何减少这些问题呢?

Economic success in many countries has brought about the improvement of living conditions. However, rural areas tend to fall behind urban areas in this aspect and a series of problems may arise as a result.

Undoubtedly, the urban-rural gap is unfair to the rural population, and more people are expected to migrate to the city in pursuit of a better life. The massive migration would cause the shortage of resources in education, healthcare and transportation in the city. The soaring house prices and severe traffic congestions in major cities are good examples of this, illustrating that the urban infrastructure virtually cannot accommodate the fast growing population,

In addition, for those rural residents, swarming into large cities does not seem to be an ideal choice. The fierce competition in the job market, together with their disadvantages in terms of personal resources, may make them frustrated and disappointed. Their leaving can also worsen the shortage of labor force in the countryside, impeding its economic progress. With the urban-rural gap further widening, a vicious circle would be formed.

To break this circle, the government needs to play a leading role and the first step is perhaps to implement preferential policies to support the development of rural areas. For instance, by subsidizing the agricultural sector, the income of farmers would increase and then more people would choose to do farm work. Another solution is to construct small towns and relocate some enterprises out of large cities. If more jobs were created and the local government's revenues were raised, fewer people would leave their hometown and the disparity between the city and the countryside would be narrowed.(272words)

题目:A rise in the standard of living in a country often seems to only benefit cities rather than rural areas. What problems might this difference cause? How might these problems be reduced?在一个国家，生活水平的提高似乎只会让城市而不是农村地区受益。这一差异会造成什么问题?如何减少这些问题呢

The cities have benefited more from the rise of living standard than the rural areas so that the gap between the urban and rural areas has been widened. Consequently, a series of problems related to the urban-rural gap arise.

As more budgets are invested in the infrastructure in the urban rather than the rural areas, urban population enjoy better educational and medical resources as well as more convenient transportation. To struggle for a better life, labors from rural areas rush into the cities, making the already limited city space more and more crowded and resulting in the prohibitively high cost of living. For those who migrate from rural areas to cities, they may have a hard time adjusting themselves to the lifestyle in cities since it is so very different from their previous country life. As a result, they will face a job market so competitive that it will be extremely difficult for them to find a satisfactory job. Then, with the ever increasing number of jobless young people come more serious social problems like stealing, robbing and other crimes.

Another concern is that it is not always possible for children from rural areas to get access to proper schooling in cities. Hence, these children have to be left behind in the countryside, separated from their parents, and eventually find themselves unable to compete with those who grow up in cities. Very unfortunately, as the educational resources keep pouring into the cities, the rural children will remain unable to use them, which means the educational gap between the urban and rural children may exist for quite a long time.

To break up the vicious cycle that will lead to a wider urban-rural gap, the government is obliged to balance the development of cities and rural areas by investing more money in the public services such as schools and hospitals and providing more job opportunities in rural areas. Besides, agricultural tourism can be developed to bring income for the rural population. For those eager to move to cities, the government should offer them more training opportunities to ensure they can find their position in cities.(353 words)

题目是：A rise in the standard of living in a country seems to only benefit cities than rural areas. What problems might this difference cause? How might the problems be reduced?原创来自小站范钰红老师。

In the course of national economic progress, the imbalanced development between urban and rural areas has become a big concern for the authority, as it may give rise to a series of more pressing issues, which I would illustrate as follows.

Among those problems, the explosion of population in megacities is an inevitable one. Apparently, the sound public facilities and adequate educational resources attract a large quantity of people to flood into cities. Statistics show that in 2006, the total of residents in Shanghai ( a metropolis in China) was about 24. 20 million, of which approximately 40% of them were non-natives. Obviously, under such circumstance soaring house price and the heavy burden on traffic system are deemed as the consequent troubles. Most working class can hardly afford a private home or an apartment and traffic congestion is so common in every rush hour, demonstrating the urban infrastructure virtually cannot satisfy the demands of growing population.

What’s worse, this urban-rural gap may contribute to a vicious circle. As more locals swarm into large cities, the shrinkage of labour force in the countryside is worse, being an obstacle on the way to economic success. In consequence, the slow-paced rural economy renders the gap widens further.

In an attempt to diminish the gap, effective measures are supposed to be adopted and the first step is that the state should allocate more budget for the public service such as medical insurance, education as well as public transport in rural areas. Furthermore, the leading industries in countryside should be supported by government. For example, specific talents and high technology can be introduced to stimulate the agricultural development; historical experts can be hired to restore local cultural heritage so as to boost tourism industry. Only when public facilities were upgraded and local economy thrives, can people work and live in their hometown and the disparity between the city and countryside can be narrowed.(319 words)

In the course of, … has become a big concern for… 在..的过程中，…已经成为了一个很大的问题

the imbalanced development between… and… …和…之间的发展不平衡

the explosion of population 人口的爆炸

an obstacle on the way to economic success 经济发展道路上的障碍

the disparity between… and … …和…的差距

The bar charts compare the average retirement age of females and males in seven nations in the years 2004 and 2008.

From the chart, it can be seen that except for Italian women, females in other six countries retired at older age in 2008 compared with those who retired in 2004. Besides, the retirement age of French women was youngest at 58.7 years old in 2004 and 58.8 years old in 2008. By contrast, Swedish females did not retire until they were at the age of 63 year-old in 2004 and 63.5 years old in 2008, which was the oldest retiring age among those mentioned countries.

Regarding to men, apart from those in Italy where they retried at the age of 63 in both years, male retirement age was raised in other nations in 2008 and the biggest increase was seen in the figure for males in Germany. It is interesting to note that the age of retired men in French was also the youngest but in Sweden the oldest.

Overall, it is noticeable that males worked for a longer period than females both in 2004 and 2008.(188 words)

From the chart, it can be seen that… 从图表中我们可以看出…

the biggest increase was seen in the figure for… …的数据得到了最大的增长

It is interesting to note that… 有趣的是，我们注意到… 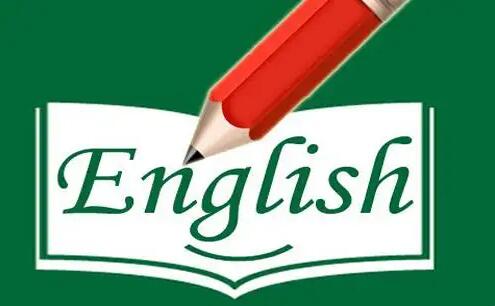